For the past year and definitely the past month, I have been giving a good deal of thought about indie shmups and their continually growing importance to the shmup community. As I am sure many of you are aware, the past few years have been a goldmine in really stellar indie shmup releases. Of course there are too many to name, and I feel like if I try and do so I’ll end up excluding a really important one. So instead I think I’ll focus this article on the three I have been playing for the past few months, which are Danmaku Unlimited 3, Crimson Clover World Ignition, and ZeroRanger. I think these three shmups are really good cases to look at for what I am proposing.

Essentially, the main idea of this article is that I feel like it would be beneficial for shmup players if indie shmups regularly released with some kind of game manual with basic scoring information included (or find ways to directly communicate this information in-game). Of course I do understand some reasons why people may not agree with the idea, but I think this is a good conversation to have and hopefully I can offer some helpful perspective at least.

I’ll begin by outlining what I am proposing exactly, and then I’ll go ahead and give my reasoning for my ideas. What I am proposing is that, with the indie shmups that are popular or being developed in the future, we, as a community, simply encourage these games to have a game manual, or something equivalent, available as a resource to new players. This doesn’t have to be anything fancy or elaborate, even a text file gamefaqs style would be fine. Of course having an in depth guide with concept art, story information, along with gameplay info and so forth would be really cool! But that’s not the focus of what I’m getting at. 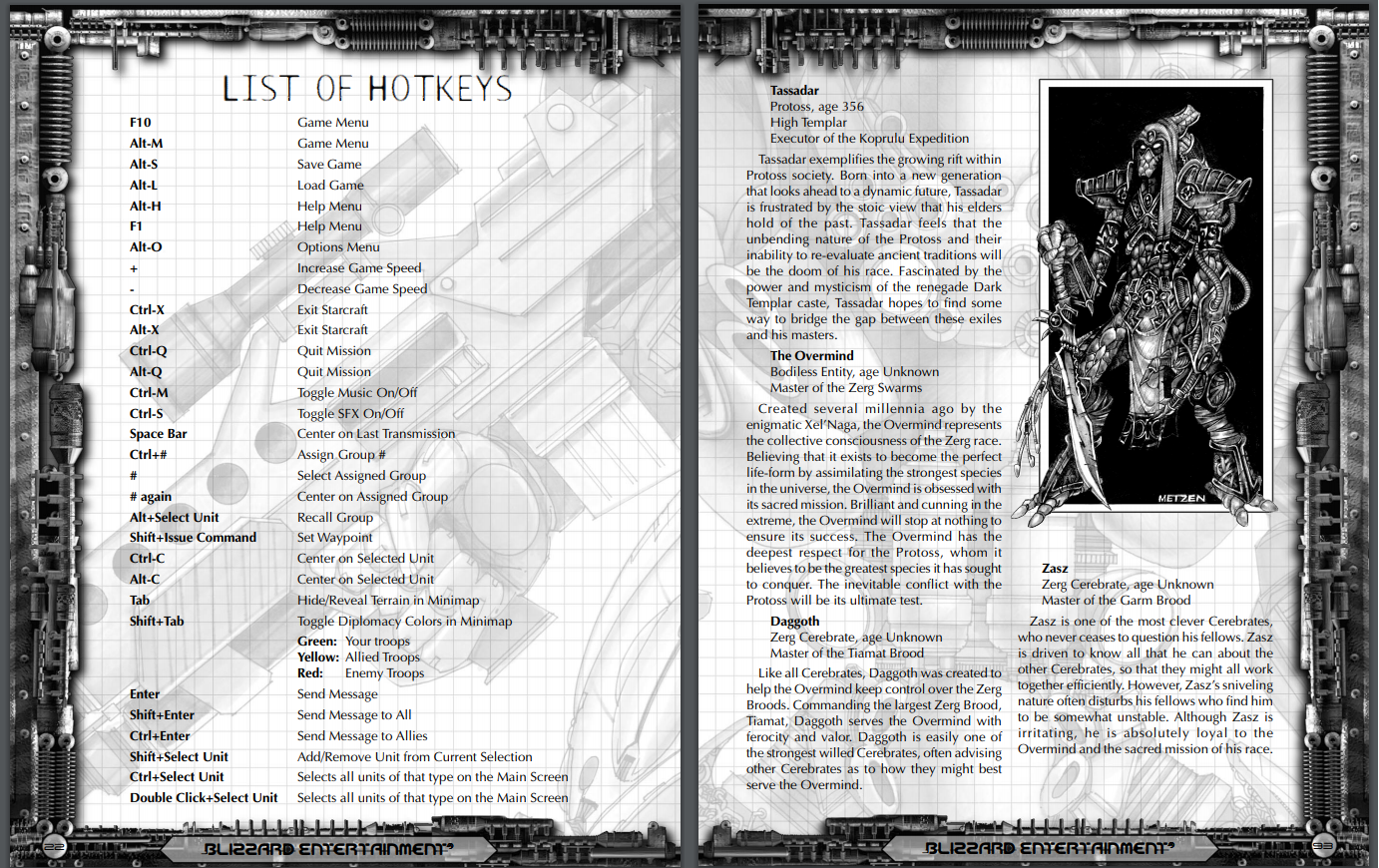 The information that I think is key is just a basic overview of the game’s scoring system. This overview does not have to reveal every single aspect of how the scoring system works (like point calculation and stuff) and completely demystify the game, but I think a general overview is important. I certainly respect the idea of players having to devise strategies to optimizing and abuse scoring, I think that’s really cool and a part of the genre. What I’m focusing on more is just the basic foundation to help them get started. Again I’ll get to my reasoning very soon.

The information I would like to see is straightforward. Does the game have a rank system? How does the primary score mechanic function? (Again, just basic overview). How do the secondary score mechanics function? How does stuff like bomb bonuses, boss bonuses, collectibles, and bullet cancels work? (If these mechanics are not the primary ways of achieving score). How does the extend system work? Basic 101 stuff, and maybe some acknowledgement on any esoteric aspects of scoring, which some games may or may not have.

The overall idea is that the developers give the players just enough information to get them started in the right direction. I do think it is important to leave some information about scoring to the player base to figure out, depending on what the dev would prefer, but I also think if a healthy baseline idea of what a player should try to do is given, that’s going to help get the player base off the ground. It’s also going to be useful for expert players who have decided they are going to push the games’ participation and scores. That way a bunch of players are not spending an excess of time devising routes, only to learn a hundred hours later that the general approach is flawed.

Historically, I do understand this is not common practice. From what I understand, when CAVE would release a shmup, it would be down to the player base and things like Gamest and Arcadia Magazine to provide scoring information, which is cool these magazines existed. But I think there is an important distinction between that sort of example, versus what is going on right now. Unlike the Japanese arcade scene, the western indie shmup scene has a much much smaller player base of people submitting scores. It’s actually kind of a problem to be honest. For someone like myself, who enjoys the competitive aspect of hi scores, this removes some motivation for really digging into a game. However, even for the players who don’t care for the competitive aspect of posting high scores, this still remains a problem because it results in a lack of knowledge and resources for the game. In my opinion, and here is where I could see others feeling differently, there are fun parts of exploring a shmup’s scoring system, and there are not so fun parts of exploring a scoring system. For me, I think it is fun when I have a basic understanding of what the game expects and how it functions and then sitting down and coming up with meta strategies to exploit or take advantage of these systems. I find that to be very enjoyable, especially since indie shmups aren’t as heavily optimized as CAVE games, where the players of the past have mostly “solved” what needs to be done.

An interesting parallel could be something like frame-data in fighting games. For a very long time frame data had to be extracted from fighting games by either gaming magazines or resourceful people on the internet. Today though, there are more and more fighting games in which the devs are giving the players this information directly. I think this is an especially wise move for smaller competitive scenes, like Dead or Alive, where the number of people trying to gather this sort of information is smaller. Bigger games like Tekken don’t need to cater to the competitive crowd as much. With iindie shmups, the crowd of players is so tiny they could definitely use the help, otherwise this info may never even come to light.

I think using some recent experiences can help illustrate what I mean.

In February I took part in a scoring competition for Danmaku Unlimited 3 on the main shmups reddit. Prior to that competition, I had not actually played Dan 3 for score, but had done a few survival clears. I thought the scoring competition would be a perfect opportunity for me to become more invested in the game. At first I submitted a pretty modest score and found that I had a few people ahead of me. One of them, Sh0, was greatly ahead of me. I kept at it and kept improving my score. The problem I was running into, however, was that I couldn’t find any concrete information on how certain aspects of the scoring system work. I ended up sacrificing quiet a few runs doing trial and error experiments just to see if I could get a grasp of the scoring.

For example, I couldn’t understand how the bomb bonus and rank systems worked. Even to this day I’m not entirely sure. I feel like it would be cool to return in the future and really try to max the mode out as much as possible, but I’m not looking forward to trying to come up with answers to these questions myself. I did try to reach out to the Dan 3 dev a few times with some questions, but didn’t get any response.

On the flipside these past few weeks I have been playing Zero Ranger in the r/shmupSTG team tournament, and since there is more information about how the scoring works in this game, as well as how responsive the devs are about answering my pestering questions, I have felt like I can dig into coming up with my own routes and stuff like that with more confidence and less frustration.

However, as cool as it is to get the information I need from the community or the devs directly, I can’t help but reflect on the player I was 3 or so years ago. Yes I was playing shmups back then, but in isolation. I didn’t really have an interest in interacting with the community, but was still pretty invested in the genre. So, in this case, I would again have trouble accessing the scoring information I need. From what I am hearing from new players joining my discord, this is not uncommon for people to do. This is why I think this information should be packaged with the games themselves, in one manner or another. I don’t think shmups should continue to rely on the community to explain how their scoring works, at least on a basic level.

Crimson Clover, if you haven’t heard, actually has a full on guide you can buy for a reasonable price on steam. I’d be fine with that sort of thing if devs wanted to make a little extra money. I’m actually really down with that idea because I could see the community getting higher quality guides if the devs themselves were creating them to professional standards.

Bigger picture I can easily imagine many ways devs could integrate this information into the games themselves, if devs are wanting a more elegant solution than a pdf or txt file. Stuff like a gallery mode with the information and screenshots, or a little tutorial mode are cool ideas, I just imagine that in game features are also a bunch of extra work on an already heavy workload for the devs. That’s why a pdf file that can be put together in an afternoon is at least a more realistic request.

As a side note, for the physical releases of shmups, like Rolling Gunner, having a game manual with this information and some art and stuff helps the release feel more complete than just a disc and a dvd case.

An additional reason why integrating this information into the releases themselves is beneficial is that it could provide extra motivation to players to start experimenting with scoring mechanics, even if they aren’t too focused on high scores. If you tell a player how many points he needs to get an extend and give him some ideas on how to achieve these points, I could see survival runs being more mindful of scoring, which sets up a nice foundation later on. Going back to Dan 3, for example, it wasn’t until I was playing it for score and getting some pretty huge chains that I learned that there are even extends in the game. When I was playing it for survival I believed that there were no extends, as i never achieved one until I played for score.

Overall, I just think it is a good idea these days for new shmups to directly communicate their scoring aspects to the player. Again, I don’t think everything should be given away, just the basics so players have a foundation to work from.

Finally, I would also like to see the community making more scoring guides and stuff like that as well, especially for our favorite games. So, on that note. I am going to put my money where my mouth is and create some scoring guide content for ZeroRanger and Dan 3 in the near future. ZeroRanger fairly soon, after the competition ends and I get my hi score and 2-all (I’m aiming for a million). Danmaku Unlimited 3 will probably be a longer wait, as I don’t plan on returning to the game until later this year.

If something I wrote made you salty, try not to be too mad.